Vaccines and the Road to Hell

This is not intended to be a thorough review of vaccination. There are entire books on the subject, for example the excellent Dissolving Illusions: Disease, Vaccines, and The Forgotten History, by Suzanne Humphries, MD. 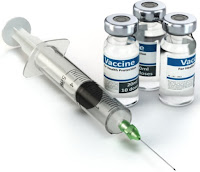 It is just some thoughts on the matter as we dash to sign up to Bill Gates' hurried attempt at vaccinating the entire world in less than 18 months, against Covid-19, a disease that is plausibly not nearly as dangerous as the press would have us believe, and one that - like other coronaviruses (eg the common cold) - will have mutated before long into something that this new vaccine would not in any case guard against.

The fact that development of the seasonal flu vaccine manages to anticipate the strain of seasonal flu makes you wonder if all is as it should be. A vaccine purportedly takes a minimum of 18 months to produce (often 15 years or never), assuming that it is not carefully tested beforehand. The common cold has no vaccine against it; the seasonal flu vaccine supposedly protects less than 30% of its recipients. The real figure is probably far lower, as a bad cold is often indistinguishable from the flu, people do not like to admit to having had the vaccine for no good reason, and it is difficult to measure its effectiveness against anything else.

Does receiving the vaccine make the flu, if you get it, worse? It does make you more susceptible to coronavirus in general and human metapneumovirus.

Given that Bill Gates has now received multi-million pledges from almost all major world governments ($8 billion in total) in order to develop a vaccine for Covid-19 in record time - his de facto guarantee that he will have a vaccine in place in just 18 months should make you shudder -, one that is to be applied to the entire world almost simultaneously.

The MSM constantly propagandises for this vaccine, and no one steps outside of the script of when, what type, how much money, etc, to ask whether a vaccine is necessary or desirable. Nor does the MSM ask Gates the pertinent question of how his insistence on vaccination, to the exclusion of proven, long-lasting improvements to health provided by clean water and sufficient food, fits in with his stated aim of reducing the world population by 30%.

The MSM has worked hard to tell us that CV-19 is dangerous for everybody. This is not true. The Guardian headline on 10 May 2020 was "New York warns of children's illness linked to Covid-19 after three deaths". The interesting part is that in the article you can find out that the children did not have any Covid-19 symptoms, nor respiratory problems. They did test positive for Covid-19 antibodies, but just because you have measles antibodies this does not mean that your headache is caused by measles! For the beady eyed, the article establishes no link with CV-19, but does say that the children fell "severely ill with toxic shock-like reaction that has symptoms similar to Kawasaki disease", a disease that is itself related to vaccinating young children.

Given that, excluding the very old and the very infirm, there are in fact no people you know that have died from Covid-19, and that all that means is that when you are old and sick you may die, is rushing to get an untested vaccine that incorporates the new concept of altering your DNA a good idea?

Vaccines are not innocuous

Bill Gates has publicly said over the last few weeks that he wants immunity from liability for vaccine caused damage.

Since the 1960s, tests of vaccine candidates for diseases such as dengue, respiratory syncytial virus (RSV), and severe acute respiratory syndrome (SARS) have shown a paradoxical phenomenon: some animals or people who received the vaccine and were later exposed to the virus developed more severe disease than those who had not been vaccinated.

In 1966, a vaccine was tested in the United States against respiratory syncytial virus (RSV) — which infects almost all children before they turn two. The tests had dire consequences: Children weren't protected; many infants still caught RSV, suffered worse symptoms than usual, and needed to be hospitalised, and two toddlers died as a result of enhanced disease symptoms. 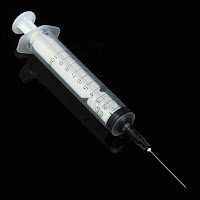 The official explanation was that the catastrophic vaccine failure could have been averted if adjuvants — chemicals that prime the immune system — had been added to the vaccine. The problem is that adjuvants are typically mercury or aluminium, both highly toxic - do you really want to inject them into your baby? Vaccines also contain fetal tissue from humans and other animals.

In 2019 the CDC (US Govt Centre for Disease Control) admitted in Federal court that it has no studies to support that the DTaP vaccine does not cause autism, despite many parents of autistic children believing it does autism.

The UK government advises those who have immune deficiency to avoid live attenuated vaccines "because the vaccine strain could replicate too much and cause an extensive, serious infection." What this also means is that a recently vaccinated person can spread the virus to others.

Until vaccination programmes were implanted, children got all the childhood diseases and, it was widely accepted, benefited from them. Decades of hysteria make it hard for people to understand how routine these diseases were and how - in my case at least - mothers would rush their children over to a friend's house where they had measles, mumps, rubella, etc, so that their own children could get the diseases at an age at which they posed no risk. No hospital scares, no doctors, just how to keep your children amused for a few days. 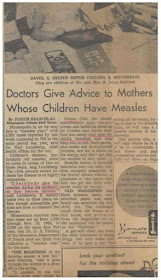 Small babies were not at risk because their naturally immunised mothers provided them with antibodies for the first year or so of life. Now with successive generations of vaccinated people no immunity is passed on to the babies.

Infectious diseases declined in western countries at the time when deep poverty was almost eliminated; and clean water, decent food and good air were available to all. These diseases, which were generally benign - and they were officially called so -, were dangerous to those who were malnourished or very ill. They still are, and this is why vaccination programmes in very poor areas of the world do not improve health because the risk to health is from lack of decent food and water.

Small pox, generally lauded as eradicated worldwide in 1980, is kept in two laboratories in the US and Russia. "Experts agreed on keeping the virus in case the disease reappears," which means that a virus is never really eradicated but that they come and go in waves. The vaccine was anything but inoffensive (and has not changed): a 1969 study found that, out of every one million people vaccinated, 74 would suffer serious complications, and at least one would die.

Scarlet fever has not, in any case, been eradicated. And yet... you do not get the disease and you are not vaccinated against it!!!

The problem with the idea that those who are immune deficient should make everyone else get vaccinated, with the associated real risks that this imposes on others, instead of concentrating on improving their own health and backing measures that improve the community's health in general - like good water, good food, clean air, animal welfare -, is that it is badly thought out. Even if you were to impose the burden of vaccination on  entire population, vaccinated people still get diseases and spread them to others, many diseases have no vaccines, viruses mutate, and you have no control over people from abroad, animals, wildlife...

It is probable that vaccines are keeping some diseases going, like polio in India, where children have been left permanently disabled after receiving the vaccine; or measles, a disease that has a different denomination in vaccinated people because it is far more lethal for those people. Measles in vaccinated people in Spain has been catalogued from 2003 to 2014.

Herd immunity, a naturally occurring immunity when some 50% or less of a group has had the disease and the virus cannot find another host easily, does not work in vaccinated people because they do not gain life-time immunity, and the vaccine contains live virus and is propagated over time. When mass vaccination started, it was said that with this 50% cover, herd immunity would be reached. This was later changed to 80%, 90%, 95%... because vaccines do not function the same way as natural immunity does, the latter being generally for life.

Vaccines carry a risk and can result in death or serious lesions. The CDC typifies vaccine injuries,  and the US government has a National Vaccine Injury Compensation Program, within a "no-fault" premise, that has to date (and with great impediment to claimers) paid out some $4 billion.

In response to the threat of swine flu, Big Pharma giant GlaxoSmithKline (GSK) developed the Pandemrix vaccine. Sixty patients suffered brain damage as a result of the vaccine and were allocated £60 million in compensation by the UK Government. Most of the victims were children. GSK had been granted indemnity by the Gordon Brown Government.

But - almost all roads lead to Gates - our western, over-vaccinated societies are coincidentally those where assisted reproduction facilities have appeared like mushrooms over the last decades, as young, healthy people find themselves increasingly infertile. In poor countries, people very often try to avoid the WHO and Gates Foundation's forced vaccination programmes, believing that they do little for their well-being and will actually make them infertile.

The papilloma virus vaccination programme in the UK resulted in several young women dying or being seriously injured; and the WHO itself reports that "since 2012, individual case reports have linked vaccination against HPV with primary ovarian insufficiency (POI), defined as dysfunction or depletion of ovarian follicles, menopausal symptoms and reduced fertility before the age of 40," but finds no link between the vaccine and the symptoms, despite a "temporal association" being found!

Equally sinister, is the fact that in developing countries, the tetanus vaccine may be laced with an anti-fertility drug, in a UN vaccination programme.

The WHO has admitted culpability for at least one "serious breach of international ethical standards", vaccinating people without their consent and causing grievous harm and death.

Bill Gates' capture of the WHO (he is the largest individual donor, and his participation is greater than that of the UK) should not be viewed as benign. He has become extremely rich and powerful through his "philanthropy" and there is no reason to assume that this unempathetic computer geek has anything useful to say about anyone's health.

The right to bodily integrity (Universal Declaration of Human Rights, art. 3) is routinely flouted when parents are not given informed consent for the vaccination of their children. In Sweden, the incidence of diphtheria, polio and tetanus was quantified as less than one in a million. Even in the unlikely event that these diseases were to stage a comeback, they would in any case enjoy far better healthcare nowadays than was once the case. The incidence of the disease combined with the risk of the disease becoming serious in case of infection is absurdly low.

It could be argued that any of our material possessions could be used for the common good (that's a discussion for another day); but our bodies are inalienable and should not be damaged in order to line the pockets of very rich people. The reasons put forward for damaging our health, no matter how small the purported risks, are feeble and not shown to be true.
Cariola Carabel at 11:49
Share